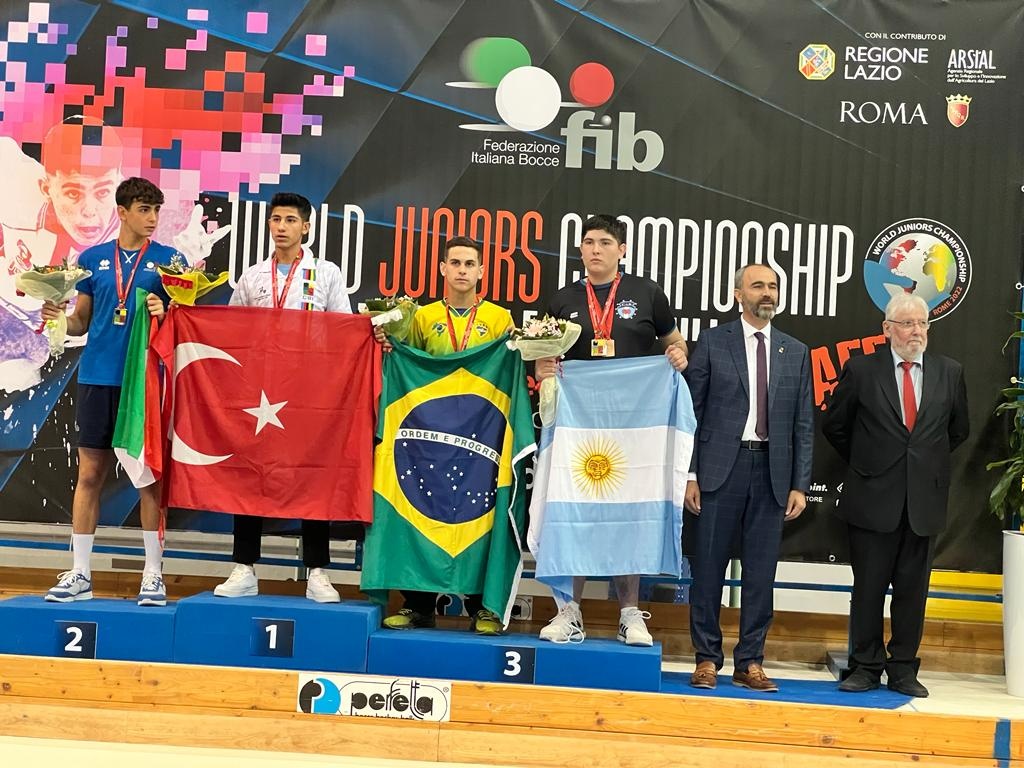 World Juniors Bocce Championship was held in Rome from the 20th to the 24th of September 2022.

After a long break due to the covid19 break, the juniors arriving from various destinations of the world enjoyed competing in the technical bocce center of Rome. The organization was a big success and players did their best to reach the result. Only the best 20 teams in each discipline qualified from the continents had a chance to show up in the championship.

The event was historical as it was the first time for boys and girls to compete together. Besides the mixed doubles and precision shooting titles for both girls and boys were awarded for the first time in a world championship.

After awarding the medals President Turkmen also delivered a closing speech and presented the gifts and certificates to all participant teams, competition directors and referees.

The records approved in the first-world precision shooting competition are as follows;

You may watch the whole championship via topbocce.live

See the whole results below;