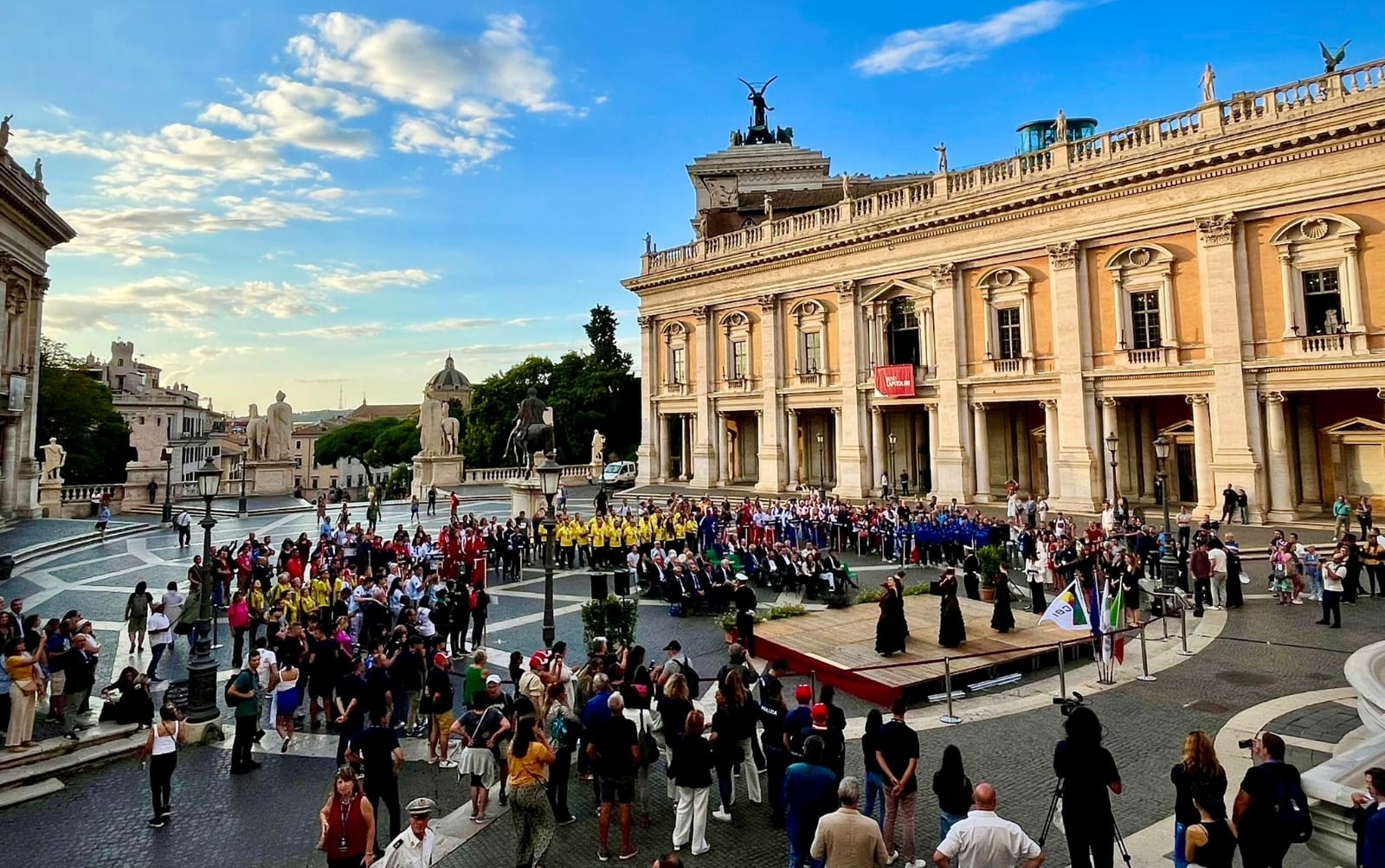 The opening of the World Juniors Bocce Championship was held in the spectacular historical municipal square of Rome.

The championship, played in 7 disciplines for the first time, will continue in Rome between the 21st and 24th of April.

The opening ceremony took place in the historical square of the municipality of Rome. The opening started with the parade of the participant teams. Afterwards, Alessandro Goldoni, the famous Italian singer and the flamingo dance group shows were on the stage before the welcome speeches. CBI President Dr Mutlu Turkmen, FIB President Marco Guinio de Sanctis, President of the Italian National Olympic Committee Giovanni Malagò, President of Sports and Health Vito Cozzoli, President of Sport in Lazio region Roberto Tavani, and finally, the mayor of Rome Roberto Gualtieri welcomed the teams and shared their success wishes with all the participant teams.

The opening ceremony continued with the oaths of players and referees. After the oaths, CBI President Dr Mutlu Turkmen and the mayor of Rome Roberto Gualtieri together declared the opening the world championship.