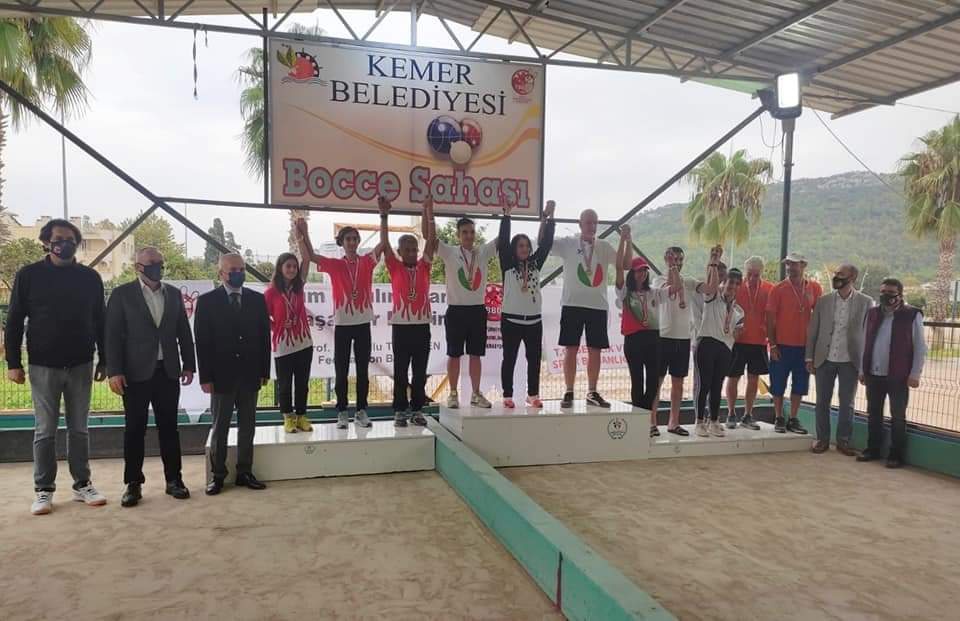 During the 12th International Kemer Open Tournament, the first "Precision Shooting" tournament was organized. The tournament took place in Kemer, Antalya, Turkey from the 27th to 31st of October 2021.

The precision shooting competition received great interest from the players and the spectators. Everyone, including the referees and coaches, expressed their satisfaction with the new competition module which was approved by the CBI executive committee. The first gold medallists in the precision shooting were Federico Marrancone from Italy (18 pts) and Beyza Yıldırım from Turkey (17 pts).

In Kemer Open, there were players from 8 countries; Algeria, Germany, Latvia, Italy, Pakistan, Mongolia, Bulgaria, and Turkey. The competitions were played in 3 disciplines; Raffa, Volo, and Petanque.  The medals were presented by the CBI President Dr Mutlu Turkmen, mayor of Kemer Yucel Gemici, the sports director of Antalya Mr Yavuz Gurhan.

For the results of all categories of Raffa competitions see the below file;